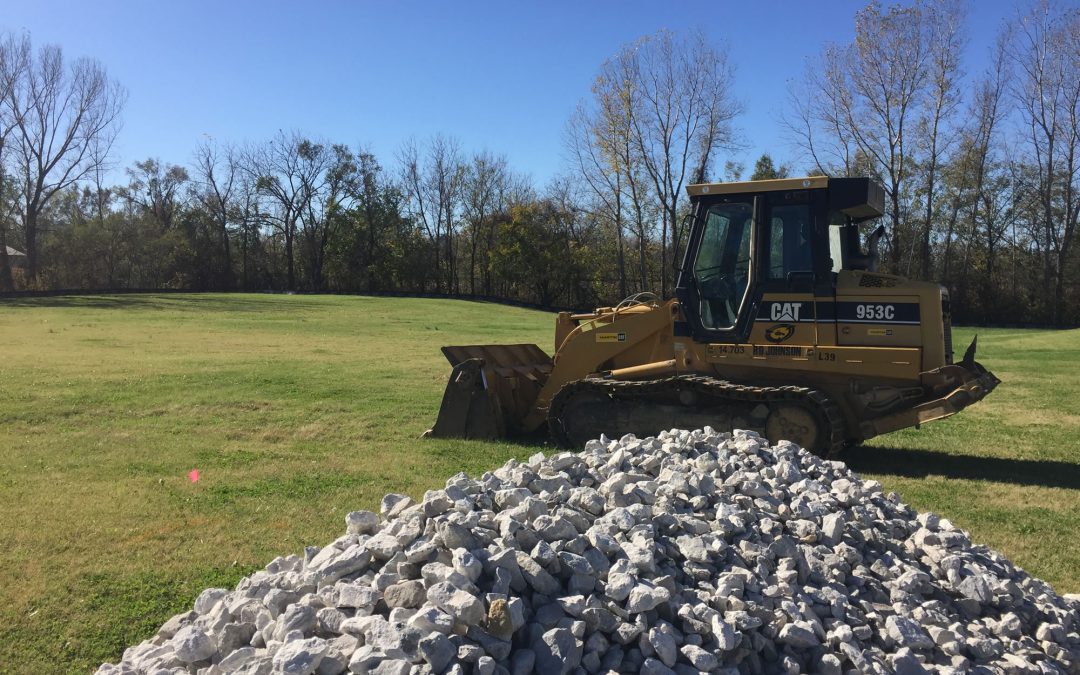 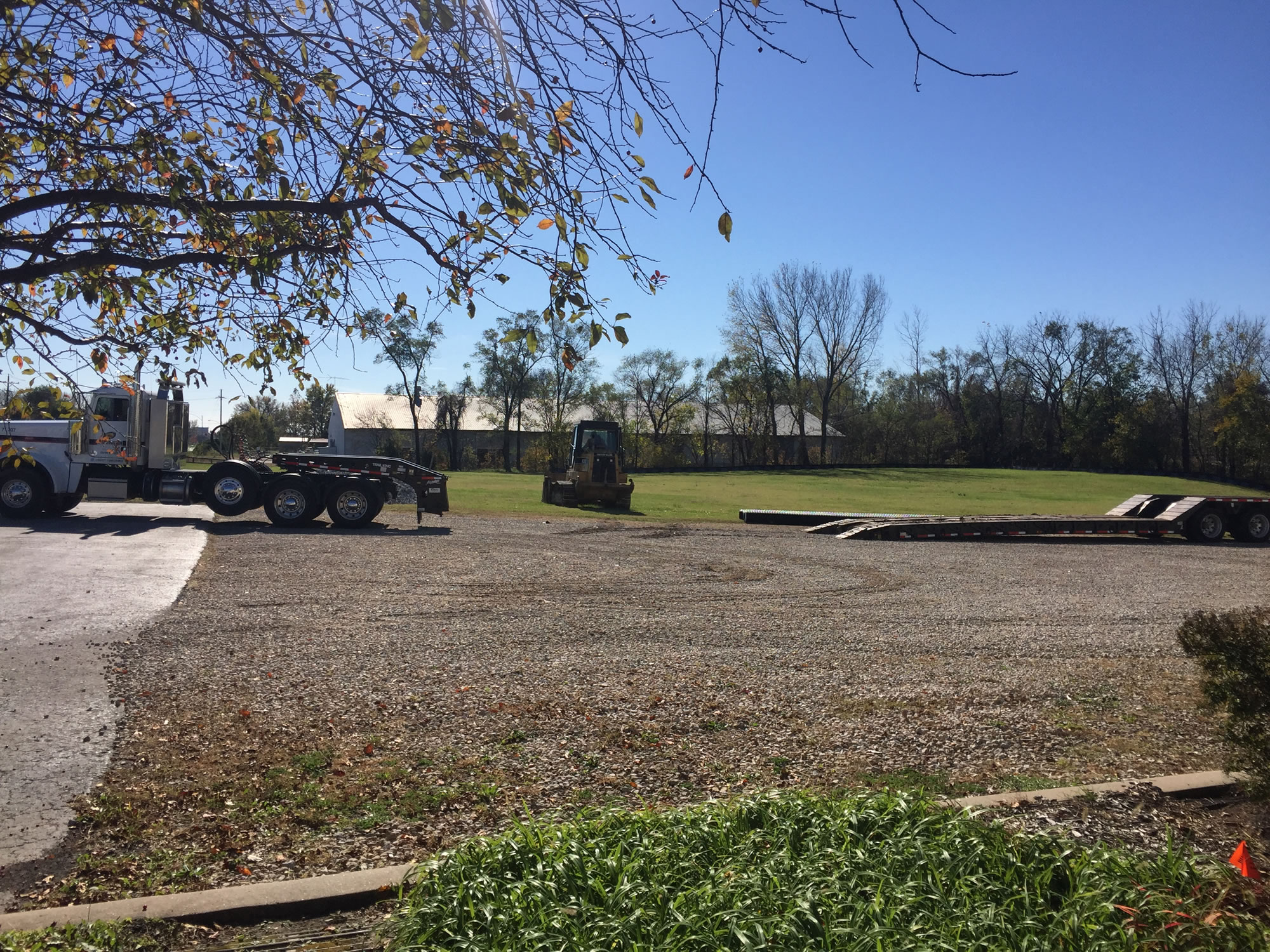 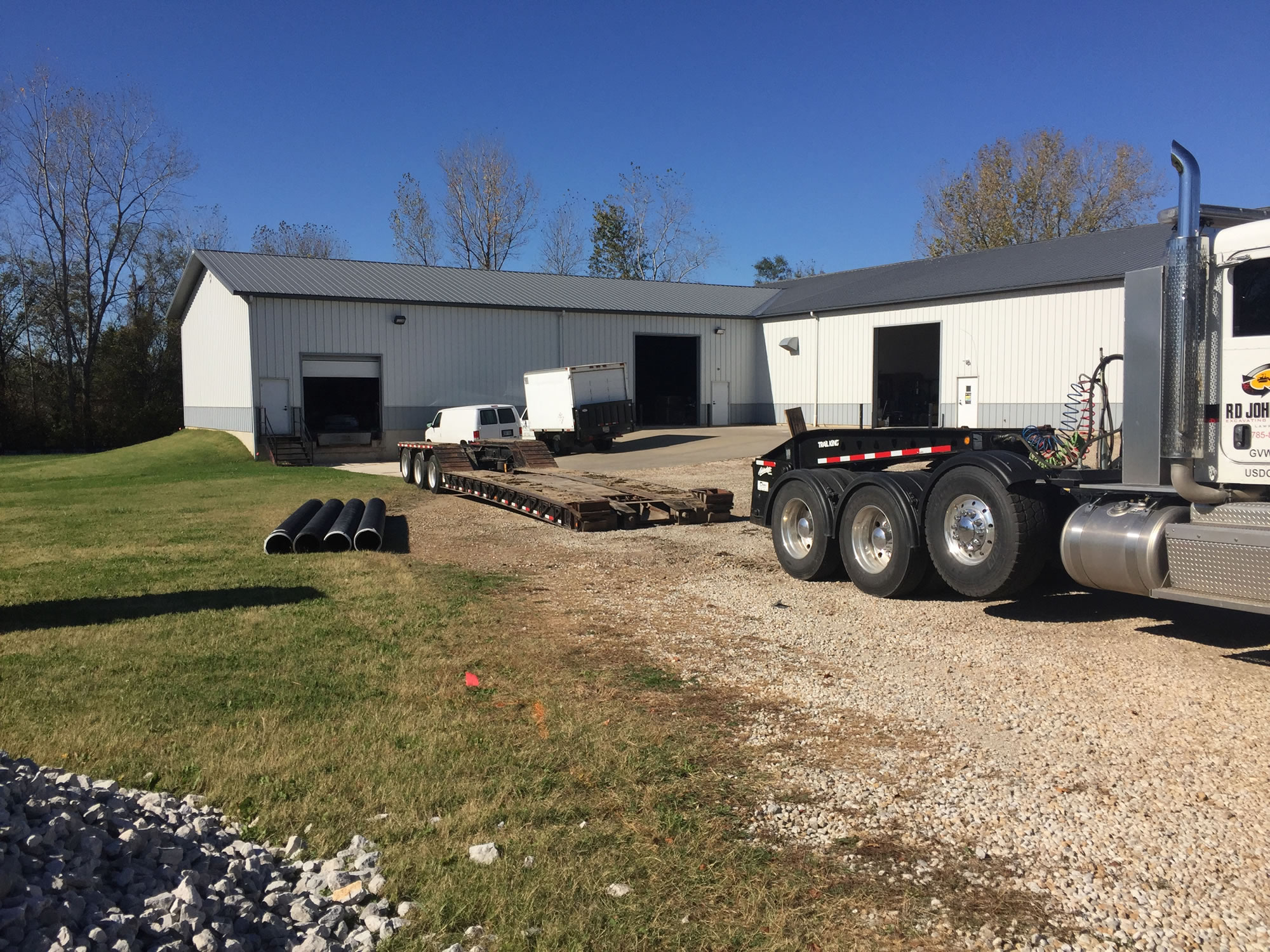 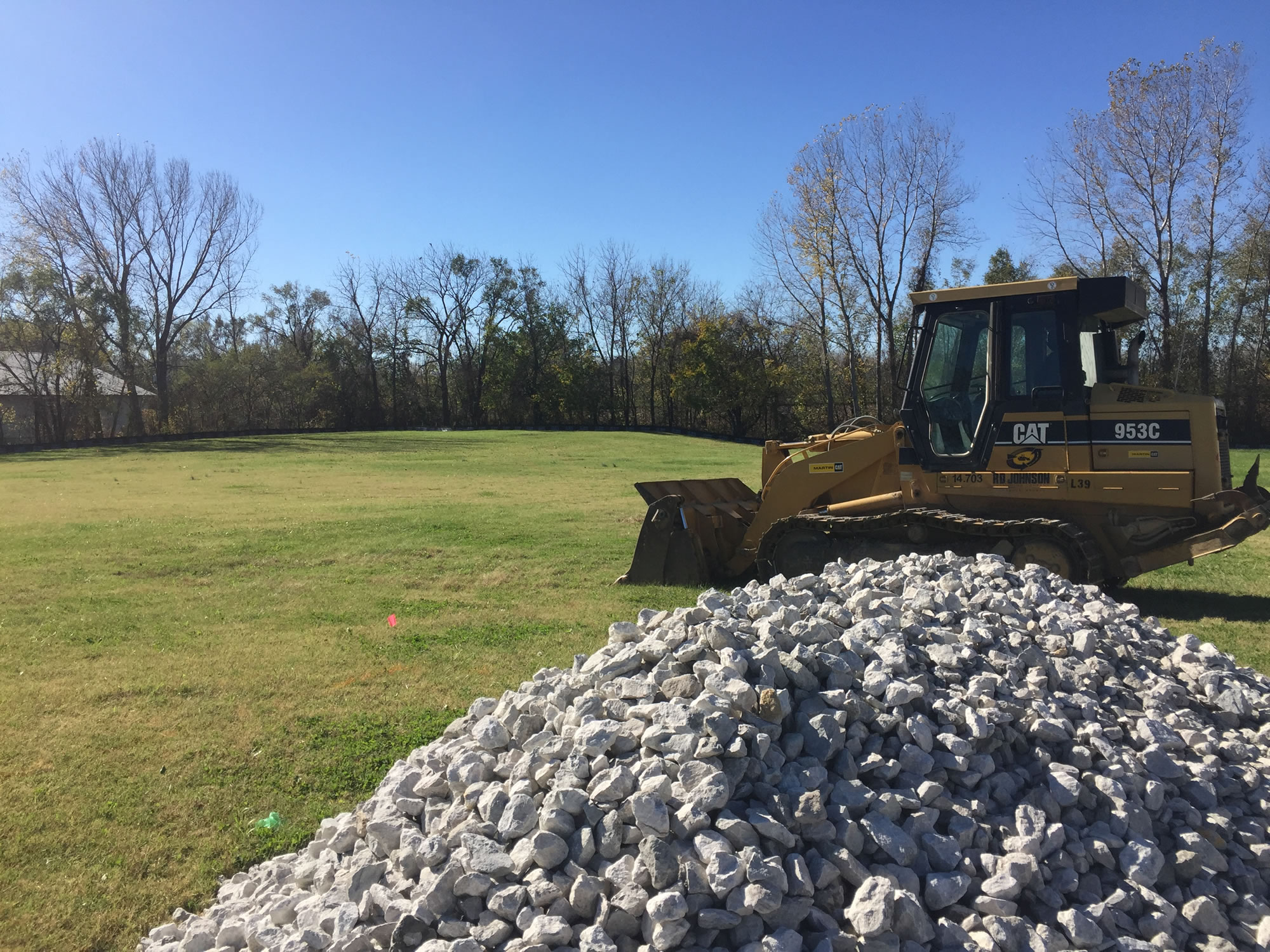 Anne M and Cindy both almost tripped over themselves while running out the door to take photos when they saw this truck-trailer pull into the parking lot!

According to the man who delivered the equipment, we’re on schedule to start the dirt work tomorrow morning, November 4th. It should take a couple of days. Although all of the same guys that did the dirt work for our original building are still with the same company, they’ve moved to other areas of RD Johnson Excavating.

Alan Grob, the man who could maneuver a back hoe – loader – grater like it was an extension of his dominant hand has moved from commercial excavation to residential excavation. He’s also married to our former banking Vice President, Mary. Mom and Dad (and then the company) have worked with Mary from almost the very start of Bracker’s. She’s since retired from the bank but we still see her out and about and I suspect we’ll see her visit us when she has time during the construction. Although I would LOVE to watch Alan Grob’s balletic performance again, I’ve heard that the guy who will be running the equipment for us has worked for RD Johnson for perhaps 30+ years.

And Jerry Covert, who had previously delivered the equipment to the job site now runs a dump truck and might show up tomorrow to see me with a load of dirt.  Back when we were a MUCH smaller company in the old warehouse, Mom & Dad knew we couldn’t fill up the entire 5,400 square feet of warehouse all by ourselves. A family friend, Clancy Schmidt, was in a similar situation. His business building custom trailers for small race cars. Jerry used to work for Clancy Schmidt in the late 80s, so we all got to know him and Clancy’s other employees at the time. The first time Anne M met Jerry she was heading to her first (and only!) trip to the court to fight a moving violation. She was 16 years old and successfully got the charges dropped. But she had to miss school for her trip to the court and be accompanied by a parent because she was under 18, so Bill Bracker went with her. When Jerry found out why she wasn’t in school, he immediately nicknamed her “Jailbird.”

And of course there’s Roger Johnson, founder & owner of RD Johnson Excavating. Some of the guys refer to him as “Roger Dodger” and that’s how I always think of him. He’s recently sold the company but sticks around a lot to help with the operations and transition to the new ownership. It’s super nice to go through this with him again.